The History of Hotel Jardin Bern

The Hotel Jardin Bern was built under the old name "Militärgarten" (military garden) after the turn of the century. As far back as the 19th century (1890), there was a restaurant called "Militärgarten" exactly where the Hotel Jardin Bern stands today. The military barracks of Bern, a large and effective armory, were in the beginning the only other buildings in the area. For this reason, most of the clientele of the Restaurant Militärgarten were military personnel, employees at the barracks, and staff at the armoury. 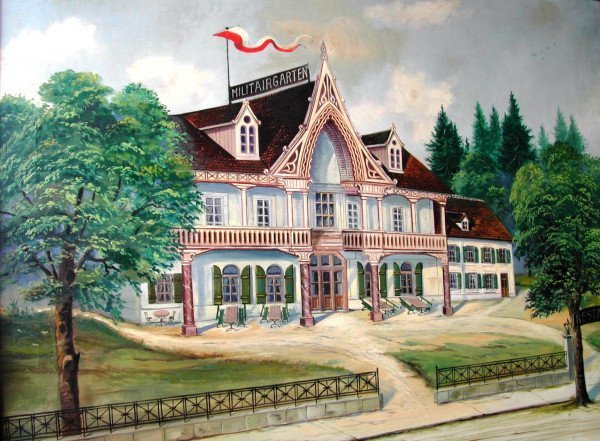 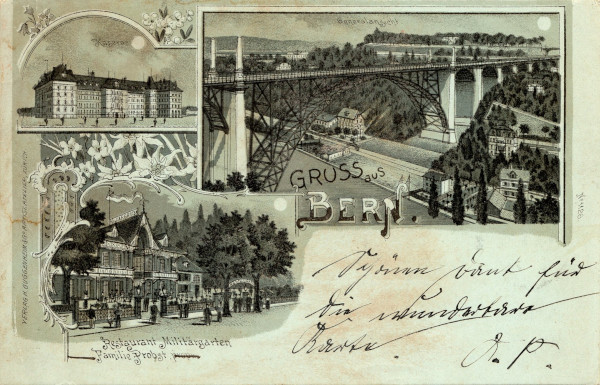 Postcard from 21. September 1899 with the Militärgarten, the barracks and the Kornhausbrücke bridge - written is "Thank you for the wonderful card".

On this side of the Aare, a residential area gradually developed, mainly after the construction of the Kornhaus bridge and the Lorraine bridge. Around 1928, today's building was built, which is now part of an appended row of houses. An important part was the large hall, which is still in use today.

Under the name "Gesellschaftshaus Militärgarten", business was opened and taken over by Ernst and Flora Balz-Kindler; there was no hotel business yet at that time. Turbulent years, war and years of crisis followed as well. The lively guest house went through ups and downs.

In the years 1953/54, Fritz and Margrit Balz-Beetschen took over the business. Evening dancing in the large hall was changed into a disco, one of the first discos in the country under the name Discorama Jardin. The disco has been maintained for decades as Disco-Dance Jardin with great success.

Around 1970, Fritz Balz was able to purchase the property from the Cardinal brewery. After the death of Fritz Balz in 1985, his twin sons Daniel Balz and Andreas Balz took over management of the company in the third generation. 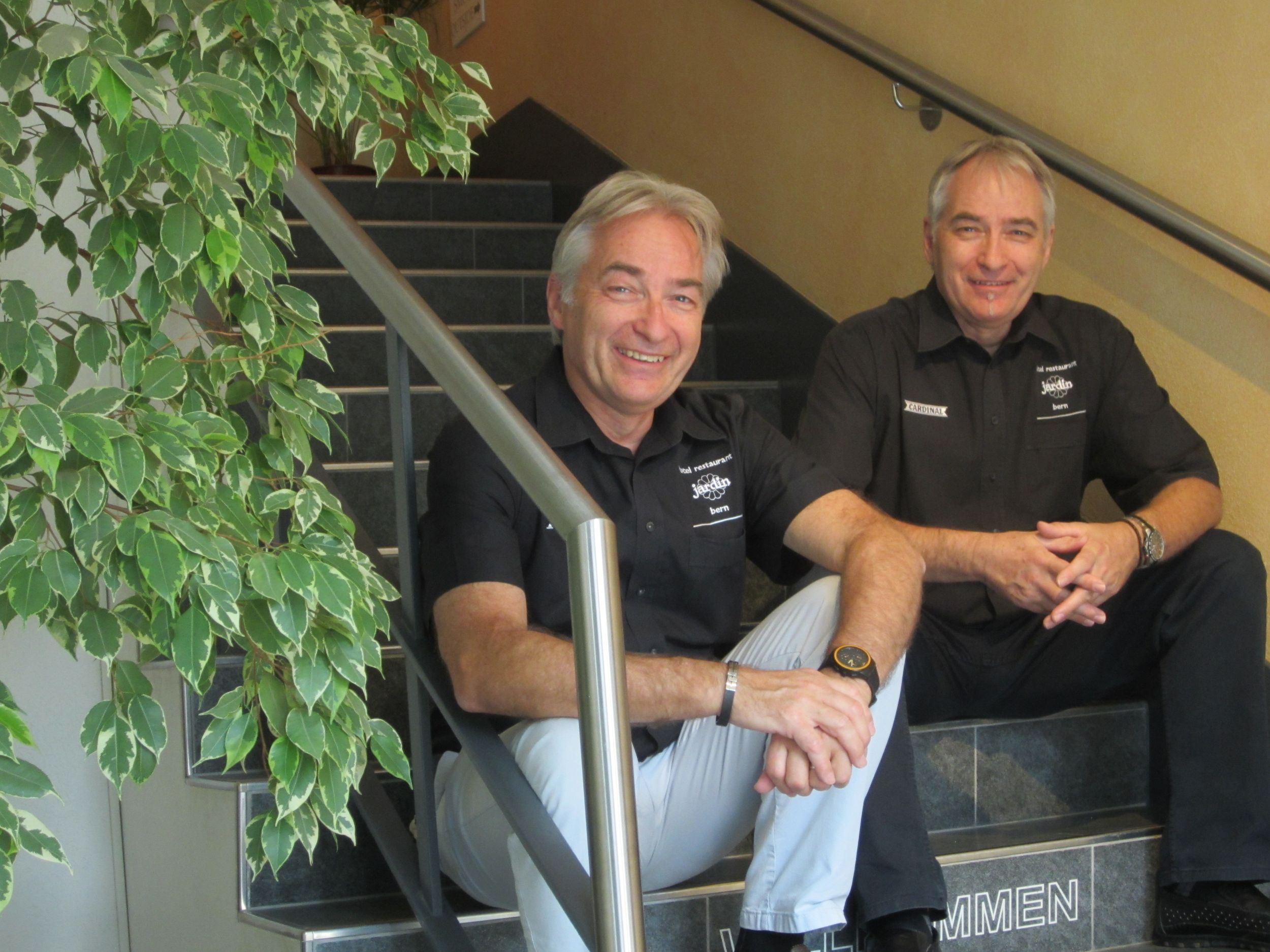 The house was expanded to a hotel business and was given the new name Hotel Restaurant Jardin. That was based on the already existing nickname Jardin. Since then, numerous reconstructions and renovations have been carried out, so that a charming and, in spite of its age, modern and energetic culinary establishment stood exactly where the military garden stood in 1880.

The "Jardin" moved into the new millennium without any trouble. The surrounding area was changing very quickly; the whole Wankdorf district was being rebuilt. The new "Stade de Suisse Wankdorf", the new exhibition halls and the ice hockey arena PostFinance-Arena, offer great opportunities for the Jardin as well. On the other hand, the city's transport regimen, which wants to protect the neighbourhood from increasing traffic and noise, is increasingly excluding the Hotel-Restaurant Jardin from events.

2010 - Stable throughout the crisis

The financial and economic crisis. The Hotel Restaurant Jardin defied these times as well. Hotel chains and thus standardised hotels and restaurants without local roots are discovering Bern. As one of the very few catering companies in the city of Bern, the Jardin is still under family property and is also run by the owners, which is very rare.

The twin brothers Andreas & Daniel Balz have been running the company for 25 years now - and have nowhere near lost fun and pleasure in doing it.

The future has already become the present, and the Balz family have brought their Jardin into the next millennium with the same blood, sweat and tears as for the past 80 years.

It's planned to stay like this in the future so that the guests at the Jardin feel at home, when they are not at home!

2017 - HOTEL JARDIN Bern IS READY FOR THE FUTURE

From 2017 onwards, a new era began at the Jardin. In spring, all hotel rooms were completely renovated and equipped with the latest technology. Special attention was paid to sound insulation; so that the quiet location matches the quiet rooms within the house. In autumn, the hotel was newly organized, made fit for the future. The restaurant was definitely closed to make room for additional new hotel rooms. The construction was finished in the end of 2017 and a newly orientated hotel Jardin was able to launch successfully into 2018.

In autumn Mrs. Margrit Balz-Beetschen, the mother of the two shop owners, grandmother of five and since this year also great-grandmother, was allowed to celebrate her hundredth birthday with her whole family. The mayor of the city of Berne personally delivered congratulations and a present to the centenary celebrators. The visit took place in the Jardin and the jubilarian welcomed the distinguished guest with great pleasure - Newspaper story from Anzeiger für das Nordquartier.

The year of the worldwide "Corona Pandemic". None of us have ever experienced this before and the health of the world's population has not been in such focus for a hundred years. In addition to the suffering of those affected, the economic situation has suddenly turned into a global crisis. Nothing is what it used to be - and a lot will probably change in the future. The Hotel Jardin is also affected, but fortunately not in terms of health. Due to the travel bans and cancellations of all trade fairs, meetings and activities, the hotel stood virtually empty for months.