Hardly any other city has preserved its historical traits like Bern, the capital of Switzerland.
The old part of the city of Bern is a UNESCO World Heritage site and has one of the longest weatherproof shopping promenades in Europe with 6 kilometres of arcades, called the Lauben.
The medieval atmosphere of the city is unique with its numerous fountains, sandstone façades, alleys and historic towers. The elevated rose garden over the Bärenpark or the platform of the 101-metre-high cathedral tower
offers the most beautiful view of the old part of town surrounded by the River Aare. The former fortifications and bastions descend steeply to the river. The boutiques, bars and art galleries in the old part town, which are partly in the basement vaults, as well as the small street cafés, attract locals as well as many tourists. Despite its good public transport system, it is best to explore Bern's city centre on foot.
The world's most comprehensive collection of works by the artist Paul Klee can be found in the Paul Klee Centre on the outskirts of the city. The Albert Einstein House bears witness to the physicist's stay in Bern at the beginning of the 20th century, and can be ideally combined with a visit to the Einstein Museum. Bern offers a broad range of exhibitions, from the Historical Museum, the Art Museum, the Swiss Alpine Museum to the Museum of Communication.

BERN IS THE SEAT OF GOVERNMENT IN SWITZERLAND

The federal parliament building rises above the city only a few steps away from the main station. Usually, the doors of the parliament building are open to visitors, and whoever is lucky enough may also run across one of the government members in the alleys of the city.
In summer, the Aare invites you to great fun in the sun; very good, proficient swimmers drift in the clean Aare with a view of the nearby parliament building. The botanical garden, the animal park Dählhölzli and the old Matte district are also alongside the river. Bern and the bear, its heraldic animal, are inextricably linked. When visiting the city, you cannot miss out on the Bärenpark, the habitat of a bear family.
In the squares of the city centre, colourful weekly markets offer their goods. Particularly worth seeing is the Zibelemärit, on the fourth Monday of November: in the early morning hours, the traditional folk festival dedicated to the onion fills the city with visitors.

The capital can be easily reached by car or by air via Bern-Belp Airport and bus connections to the city centre. Those who prefer travelling by train benefit from a dense railway network, which guarantees direct connections to important European cities. Thanks to its central location, Bern is also an ideal place for overnight stays and trips to the whole of Switzerland. (Text myswitzerland.com)

When the days get a bit shorter again, a visit to the Paul Klee Centre is just as good as an autumn walk on the Gurten or the Bärenpark. 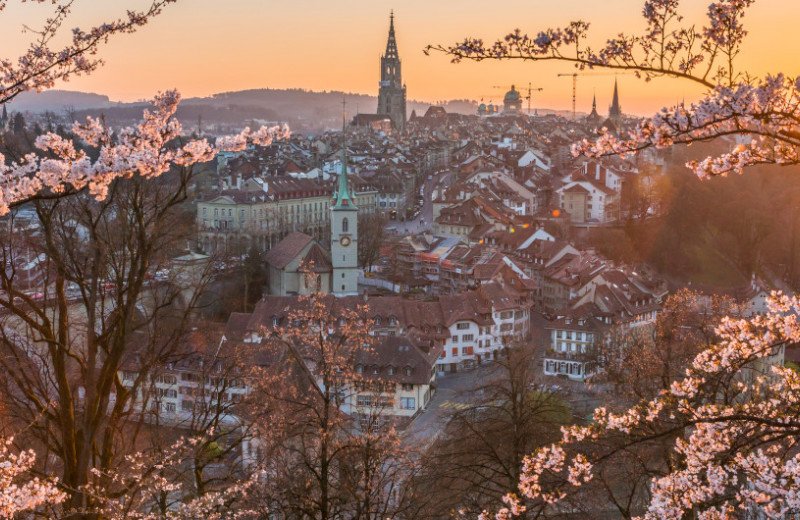 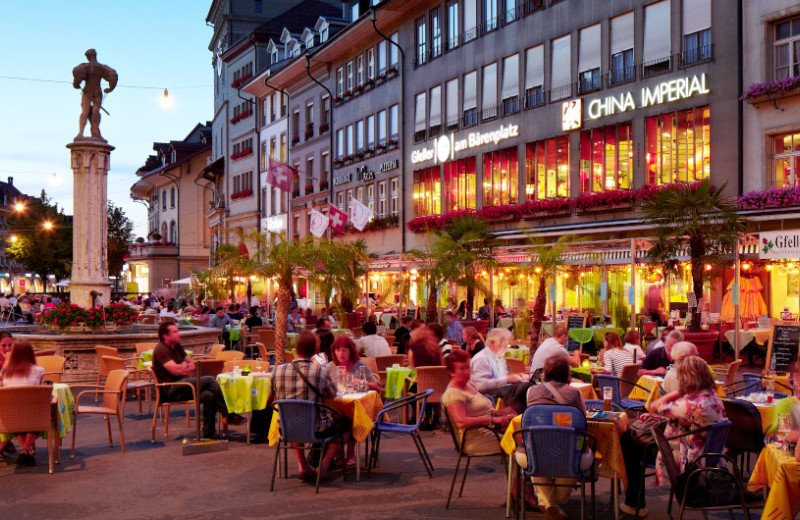 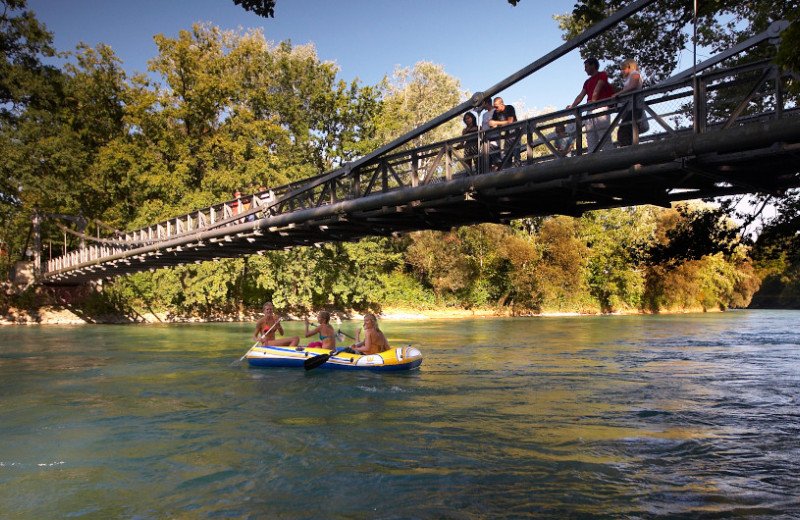